I was raised in a loving family in Northern Virginia. The idea of success and “the meaning of life” were conveyed to me through images of how the world measured worth; obtaining a good job, getting the girl, starting a family, retiring, and then dying, but mixed in with religion, church, and good morals.

After high school I headed further South to attend the University of Alabama in Tuscaloosa. Although I was raised in a Methodist church from the time I can remember sleeping on my mother’s lap in an old wooden pew, I drifted from the Lord, or religion I should say, because I knew a lot about the Lord, but I did not know Him personally as my Lord and Savior.

I met this amazing woman, now my wife, through some mutual friends and we decided to get back into church. We found a non-denominational church in Northport, AL called Cornerstone Christian Church. After attending for a little while, I knew in my heart that I did not have this relationship that several close friends referred to. I prayed to receive Jesus as my Lord and Savior one Sunday when I knew the Pastor was talking directly to me. Now I know that was the Holy Spirt stirring in my heart and convicting me of my false view of religion, church, and ultimately Him.

My wife and I got married before our final semester at Alabama. Just before graduating, I landed a job in Nashville, TN and we were on the move. We always discussed having as many children as the Lord had for us and after just a short 25 years of marriage and eight children later, the Lord continues to remain faithful to His promises. I’m so thankful for those friends of mine in college that shared the gospel with me, encouraged me that the Lord desired a relationship with me, and continued to disciple me after giving my life over to the Lord. 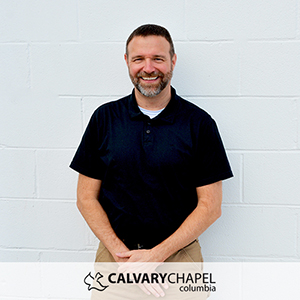